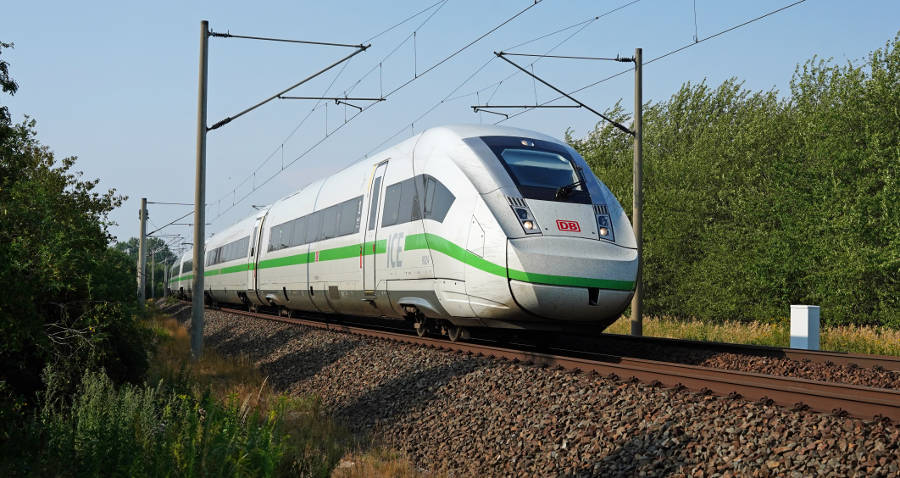 Deutsche Bahn (DB) is investing record sums to tackle the Covid-19 pandemic and return to a path of growth. DB, like so many companies around the globe, has seen its financials hit hard by the pandemic, which caused revenues and profits to fall sharply in the first six months of 2020. DB closed out the first half of the year with adjusted earnings before interest and taxes (EBIT adjusted) of minus EUR 1.8 billion. Extraordinary effects driven mainly by an impairment at the subsidiary DB Arriva of EUR 1.4 billion have been recorded additionally, leading in total to an after taxes loss of EUR 3.7 billion in the first half of 2020.

Richard Lutz: "We are essential to the functioning of society"

"Covid-19 put an abrupt stop to the successful growth we were seeing, and plunged DB into the worst financial crisis in its history," said Dr. Richard Lutz, CEO and Chairman of the Management Board of DB, in Berlin. "But the virus has also shown how critically important rail is for Germany and Europe. We are essential to the functioning of society. Even in very difficult times, we keep people and goods moving." The Covid-19 pandemic had been a stress test for DB, said Lutz, and the company had passed this test, thanks to the Strong Rail strategy it put in place a year ago. "Rail is an eco-friendly form of transport, and we are working each and every day to shift more traffic to rail again," Lutz said. "We are continuing to invest, as clearly evidenced by the 30 new ICE trains we have purchased."

DB Group revenues fell 11.8%, to EUR 19.4 billion, in the first half of 2020. Just under 663 million passengers used DB's local, regional and long distance trains in Germany. That was a drop of 37% compared to the first half of 2019, and it came despite the fact that DB had actually raised patronage considerably in January and February, due in part to a reduction in value added tax.

Volume sold in DB's long distance rail passenger business fell 44% in the first half of 2020, to just under 12 billion passenger kilometers. Volume sold was also down 41% in rail transport at DB Regional, and down close to 13% at DB Cargo. DB Cargo did transport more food and pandemic-related products but also faced serious challenges such as the temporary shutdown of a number of key industries.

Germany loosened its Covid restrictions in late spring, and DB's core business has been seeing improvements since May.

Punctuality improved considerably compared to the first half of 2019. DB Long Distance delivered service punctuality of 83.5%, its highest half-year rate in 12 years. And the number of customers who said they were satisfied with service on their current journey was higher in June than in any month of the ten years before.

Outside Germany, the picture was mixed. DB Arriva, DB Group's subsidiary for local passenger transport in Europe, had long been grappling with Brexit and with challenging developments on the British rail market. The Covid-19 pandemic, which came on top of these challenges, had a particularly serious impact on DB Arriva because the company does business in the UK, Italy, Spain and other countries that were hit especially hard. This situation ultimately made it necessary to make an impairment of EUR 1.4 billion at DB Arriva.

DB Schenker, DB Group's international logistics subsidiary, has done well in the crisis, despite falling revenues. DB Schenker was able to demonstrate its importance to global supply chains, and the company lifted adjusted earnings before interest and taxes to EUR 278 million, an increase of 16.8% year on year.

CFO Holle: "We want to shape the future, not cut costs at its expense"

DB continued to hire new people at record levels in the first half of the year, accepting roughly 19,000 applicants. Investment in infrastructure and rolling stock was also at record levels. "This testifies to a commitment we share with the German government," said Dr. Levin Holle, DB's CFO. "It is a commitment to climate protection and growth. We want to shape the future, not cut costs at its expense."

It will take some time for DB's investment in growth to become visible in the company's bottom line. DB expects adjusted losses before interest and taxes of up to EUR 3.5 billion for 2020 as a whole. That would be the highest operating loss in the Group's history. Revenues could sink as low as EUR 38.5 billion in 2020. The uncertainty associated with such forecasts remains high.